It’s hard to identify exactly when a journey begins, but in my mind Avery and Lily started being born on December 27, 2011. They weren’t physically ushered into this world until a few weeks after that, but the process got kicked off just after Christmas. Fraternal twins are usually in separate amniotic sacs, as was the case with mine. Avery was located “closer to the door,” and Lily was riding high, just beneath my rib cage. On that fateful day in December, Avery decided it was time to break her water and get the party started for real. I was admitted to the hospital, thankful that I was not in actual labor, but devastated that I would be confined to Memorial Hermann’s antepartum wing until I delivered. The doctor informed me that I could stay in that state for up to a month unless I spontaneously went into labor, developed an infection, either baby showed signs of distress, or, God forbid, Avery stuck a hand or foot out. Why they would tell me that was a possibility is beyond comprehension. That thought plagued me for weeks. Even worse, every time I mentioned it to a nurse, hoping to be assuaged of my fear, she would then spout off about some case that she had witnessed in which that very thing had happened! All of you medical professionals out there, I’m not saying you should lie, but you should really gauge how much truth a patient can take! Of course, Lily was blissfully unaware of the shenanigans her sister had pulled, and she floated comfortably until she was rudely removed from my womb by the on call OBGYN in the wee hours of the morning.

Knowing that the last weeks of my pregnancy would be spent trapped in a hospital room was utterly depressing. I cried and cried. I was so looking forward to Noel’s and my last days as just the two of us. I have a strong need to honor passages of time and acknowledge when one chapter of life is closing. Noel and I would be forever changed the day our babies were born, and I so wanted us to cherish those days of being somewhat carefree, even though I was looking forward immensely to being a mom. Noel tried and tried to comfort me, reassuring me that staying in the hospital was for the best since my pregnancy had been so difficult.

New Year’s Eve of 2011 will go down in my memory as one of my most fun New Year’s Eves ever. No, we did not break out of the hospital for a wild night out on the town. I didn’t even get to go have dinner in the hospital cafeteria, since I wasn’t allowed to leave my room and risk exposure to infection. Noel got us each a pint of Ben and Jerry’s ice cream, chocolate chip cookie dough for me, and we watched silly reality TV shows until after midnight. We sat with his arm around me and my head on his shoulder in that sterile hospital room and celebrated our last New Year’s Eve as just the two of us. He slept over on the luxurious hospital cot in my room so we could be together to ring in the new year.

Today is New Year’s Eve of 2012. I can guarantee that we will not be having some wild night out on the town. We probably won’t even stay up until midnight. We will tuck our little angels into bed, watch silly TV shows, draw goofy pictures for each other on Draw Something, and talk about how we have the two most beautiful children in the world. Sounds to me like this year’s will replace last year’s as my favorite New Year’s Eve. 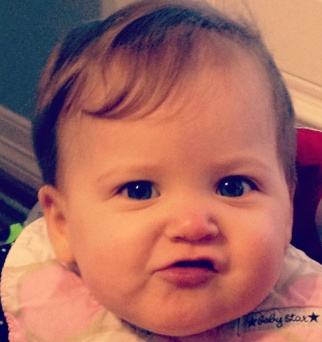 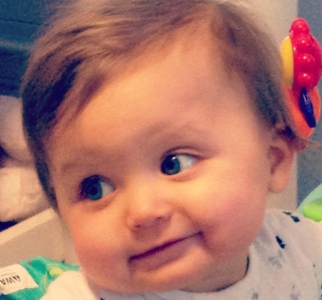