Wonderwild could be described as indoor playground. There’s a trampoline, a climbing structure, a ball pit, a massive inflated slide with an even more massive inflated crocodile fixed atop of it, and a random smattering of toys which no less than a thousand kids have chewed. When I think of Wonderwild, I think of that creepy part in Pinocchio when all the boys get taken to an island where they can do whatever they want but then get turned into donkeys. While no physical metamorphosis occurs, there is definitely a regression to an animalistic state when a child enters Wonderwild.

We’ve been to Wonderwild twice. The first time, it was almost empty and, therefore, a lovely experience. The second time, it was at maximum capacity and, therefore, resembled the climactic scene from Lord of the Flies. Seriously, Wonderwild, or Wo Wo as Avery calls it, would make excellent fodder for some sociological research. What makes Wonderwild so wild is that there is no objective 3rd party supervising the scene. I suppose it’s like the honor system. The parents are supposed to be watching their kids and upholding the rules; however, I only saw one rule, which was kids must wear socks. So I guess it’s really left up to parental discretion as to what is acceptable behavior. The moms are as fun to watch as the kids. There are the moms, like me, who show up in yoga pants, tshirts, and sneakers and chase their kids around, jump on the trampoline, and slide down the slides. Then there are the posh moms. I love the posh moms, who are perfectly coiffed, sipping Starbucks, toting their Louis Vuittons while completing ignoring their kids, but that’s okay because they brought their nannies. They name their kids names like Whitaker or Imogen. Avery and Lily have identified these moms as well. They rifle through their designer hand bags, ask the moms to pick them up, and then steal their kids’ snacks. Seriously, I would be one of those posh moms, but I like sliding down the crocodile slide too dang much.

Two of my mom friends brought their kiddos along with us on our second trip to Wonderwild, which was a wonderful asset since Avery and Lily head in opposite directions as fast as they can. With two other moms keeping an eye out for my girls, we managed to keep them from serious bodily harm. I dressed them in outrageously bright colors with huge hair bows so that I’d be able to spot them from a distance. As I hoisted myself through the climbing structure behind Lily, which isn’t tall enough for an adult to stand upright in so I had to lumber around crouched over like an some sort of ogre, Avery was surely on the opposite side of the building trying to eat the plastic food, and in five minutes I was climbing through the belly of the crocodile slide trying to make sure a posse of five year olds didn’t assault Avery while Lily was submerged in the ball pit. Of course, Avery and I tumble down the ridiculously massive crocodile slide to land right at the feet of the three poshest of posh moms, whom I told to pick my kid up off the ground for me so that I could recover from my trip through a crocodile’s digestive system. They were not sweating as much as I was, but they hadn’t enjoyed a near death experience with your 20 month old, who laughed uncontrollably through the entire ordeal. I collected my brood and tried to encourage them to just stay near the play kitchen area, since that was surely a safe spot, when some sugar-fueled four year old boy pushed Avery by her face. Seriously, the kid ran over, planted his palm on her cheek, and shoved her. I was proud of her, because she didn’t cry or even fall over. She staggered back a few steps, and then headed straight back to the toy that the boy tried to steal from her. At that point, the boy caught sight of me, this disheveled, sweaty, now angry mom, and he high-tailed it away from us. After a kid started pelting me in the back as hard as he could with balls from the ball pit, I decided it was time for me and mine to make our exit. It’s those moments when I almost forget that I’m a mom and forget the rules of our modern society. I wanted to holler at that kid something like, “Hey you jerk! What’s wrong with you?” Thankfully I remembered in time that one mustn’t say such things.

Just as a sidenote, there’s something to be said for having kids in your twenties rather than your thirties. The entire Wonderwild experience may be less traumatic on a twenty-something’s body than a thirty-something’s body.

As utterly insane as it was, I will still take Averyand Lily back to Wonderwild. They love it, and it’s good for them. It’s good to run, and jump, and climb, and slide, and learn how to deal with other kids who may not be as mannerly as they are. I also enjoy the thrill of plummeting at breakneck speed through the body of a crocodile. 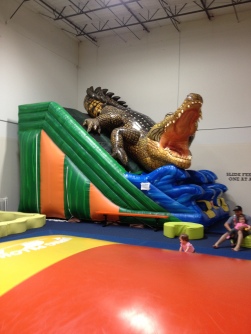 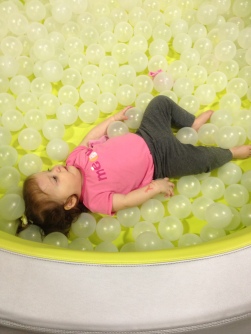 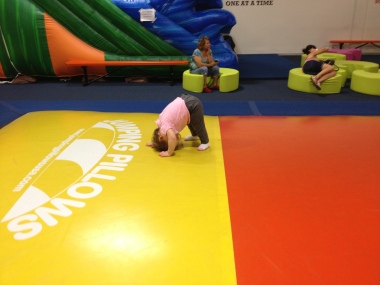 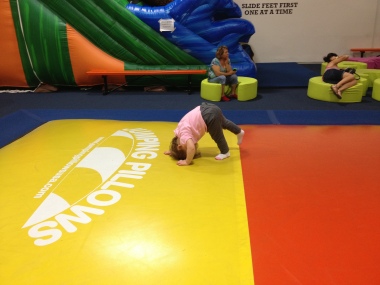 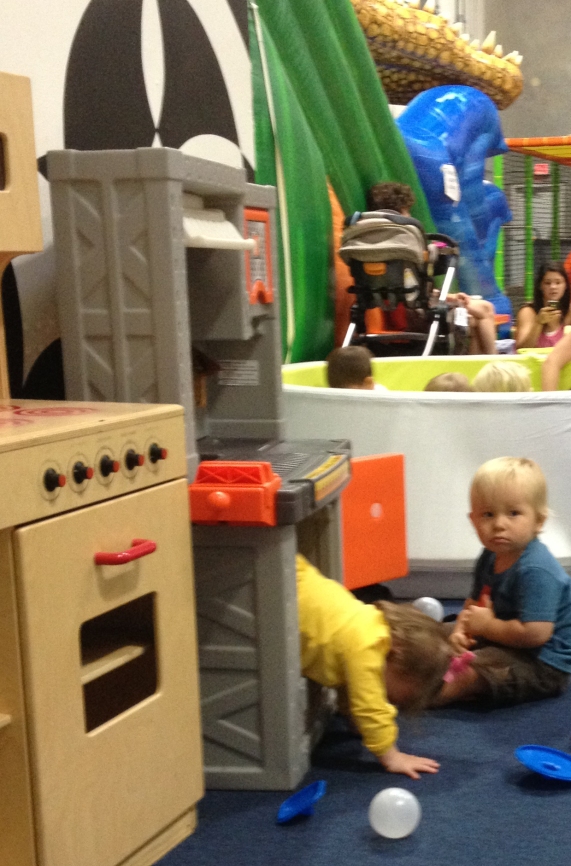